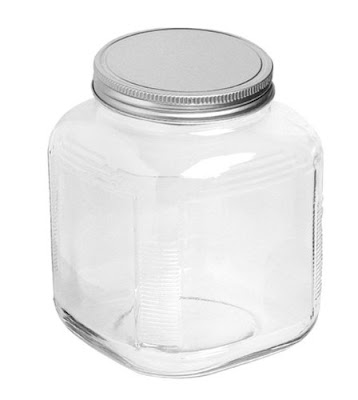 It was cold in February in Pullman, Washington, where I attended Washington State University. I was 20 years old and lived off-campus with a roommate.

One day my friend Kathleen called crying. She was pregnant. For the past semester, she had been living with her boyfriend, a Vietnamese guy named Fong. He had a $5,000 aquarium in his off-campus apartment, was known to be a dangerous guy and carried a handgun, and there was no way she wanted to have his baby. They did not have a car. She wanted to see if I would drive her to Planned Parenthood in Spokane to get an abortion. The next week was her appointment.

One cold morning with ice and snow on the ground we drove the 90 miles to Spokane.  I parked my car on the street next to Planned Parenthood, and we went upstairs to the waiting room. Kathleen was visibly nervous.  There were women of all ages, some with their husband, mom, or by themselves. The nurse called her back. Kathleen asked me to go back with her. I said I do not want to go in the procedure room, but the nurse said it was just the waiting room for the counseling and medication. The nurse asked her a few questions to confirm she really wanted the abortion and then gave her a Xanax to calm her down before the procedure. She put on a hospital gown, and then I went back out into the lobby to read a magazine and wait.

About 20 minutes later, a staff member came out from the back waiting room and said your friend wants you.

The Xanax had kicked in, but Kathleen was still freaking out. She said, "Tara, will you go back with me?"

"Please, I really need you. I am terrified." She was in tears and begging me.

Finally, they called her name. We went into the surgery room. The doctor was about 70 years old, bald and had dentures and glasses perched on the end of his nose. Kathleen laid down on a gynecological exam table and put her feet in stirrups.

Next to the table was a huge glass jar, it must have been a 3-gallon jar. The glass was wrapped with a blue paper sheet and taped on with medical tape. The jar was attached at the top of a medical device with a hose.

With the nurse and me at her side, The doctor injected lidocaine around her cervix with several shots. As he was concentrating his dentures would slip down, and he would put them back in place with his tongue.

Kathleen was crying; the nurse kept saying it would be over soon. A few minutes after the anesthetic took effect, the doctor did something with medical instruments and then started the vacuum process with the hose. Liquid began to fill the glass jar. A few seconds into the procedure, the paper came loose from the jar and fell off.  I could see everything in the jar. At first, the jar slowly filled up with water and blood. The liquid in the jar was swirling around as more and more pink fluid-filled the jar. Kathleen screeched in pain and squeezed my hand so hard. Small flesh-colored pieces of the fetus started swirling around in the jar, then I could tell some of the pieces were an appendage.  I told Kathleen to just look at the ceiling. His glasses perched on the end of his nose, the doctor adjusted his dentures a few more times as he was concentrating.  The jar filled up with more water, blood, and flesh-colored parts. It kept swirling until he turned the machine off. I was quiet.

Moments later, the nurse pushed the machine with the jar to the side. Kathleen was escorted into the aftercare room. After about an hour she got dressed and put on a big maxi pad. As I drove away from the clinic, I asked her if she wanted to stop somewhere to relax and catch her breath before we drove the 90 miles back to campus.

That night, I had a nightmare about The Jar.
abortion Planned Parenthood the jar