Should You Go To An Interview At A Private Residence? What About a Yacht? 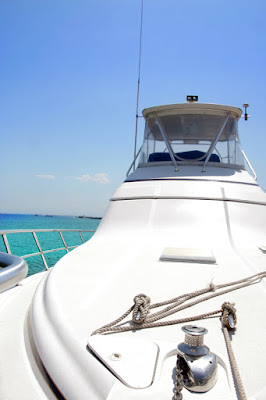 You are looking for a job and land an interview. It is located at a private residence. Should you go? What about a yacht? Office? I was just reading an article on LinkedIn from a recruiter with some good advice. Never go to an interview at someone's house. I thought it was good advice and some posters were saying it was OK in some cases. Not OK. I still would tell my younger self not to go to an interview at a private place. As a fearless female in my 20's I went to many job interviews when I first moved to Los Angeles. One of the jobs was for a Marketing Assistant in Long Beach. The owner said he was doing interviews out of his yacht which was situated at the end of the dock in Long Beach Harbor. We set up the interview over the phone. (note: This was before google) I find his yacht at the end of the dock. The man was a middle aged white guy in flip-flops and a Hawaiian shirt. He seemed harmless enough. (I was like this is LA, not Idaho.) Before the interview, h
Post a Comment
Location: Long Beach, CA, USA
Read more
More posts