Showing posts from September 3, 2017
Show all

There are many memorable women that have made history. At Two Neighbors there is an amazing woman that is the co-founder behind the brand. Her name is Paula Jones. A retired school teacher, mother, and grandmother, she is the maternal cornerstone of Two Neighbors. We go to her with our challenges and she always has a listening ear and a wise word. We sat down with Paula to learn more about her personal insights on Two Neighbors and what this journey means to her. Q. As Co-Founder, What inspires you most about where the brand is today as compared to the first year?  I am most inspired by the courageous people that work in Two Neighbors. I’ve had the privilege of meeting people from both sides of the conflict who are so dedicated to building peace in the Middle East. In the beginning, the brand was a few women struggling to make cup sleeves and then we took the leap to making women’s apparel. Today we have professional fashion designers, the original group of embroider
Post a Comment
Location: San Diego, CA, USA
Read more

Bull Shit Meter. Do you have one? 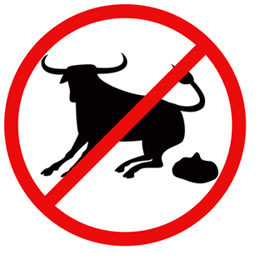 I woke up a bit late this morning and noticed my voice mail was full. The first voice mail was from my husband. He said something like he got a call from the IRS this morning and he did not want to be arrested in 24 hours. I was like, What? Then my bullshit meter went off. First of all, I am in the middle of an IRS audit for 2015. I have been to their office and I have all the paperwork. Second of all, no one gets arrested for owing a few thousand dollars in back taxes. 25% of Americans would be in jail. Everyone knows debtors prison does not exist. To make a long story short, I called him back and said it was a scam. He was still worried so I did a quick google search on IRS scams and sent him the links. I lived alone in Thailand and have traveled all over South East Asia by myself for months and months at a time. I have a bullshit meter that is like 10 miles long or even 5,000 miles. Maybe some people are born with a bullshit meter and some aren't. Your bullshit meter i
Post a Comment
Read more 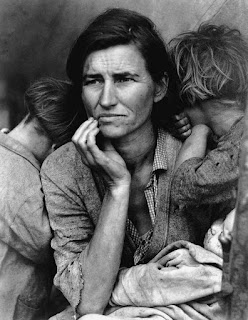 I love Dorthea Lange. I respect her work as a photojournalist during the 1930's. You might recognize this iconic photo. She took photos of migrant farmworkers during the Great Depression in California, Oregon, and Washington. The look of Desperation and Grit. Photo by D. Lange circa 1937 Nipomo, CA Mother of 7 kids, age 32 When you read and look at photos of that generation the 1930's and then your kid complains because they don't have an iPhone you realize that just a few generations ago, things were not easy for our grandparents. I have photos of my own family and they look like they could have come out of a Steinbeck novel. Yes, those are my grandparents and aunts and uncles. Same generation as the Grapes of Wrath. Photo of Arther and Frieda Winters and family in Yakima Valley, WA. (These are my maternal grandparents) early 1940s Things are different now. No one cares about the past, but it would be so easy for our country to go back there. So many American
Post a Comment
Read more
More posts