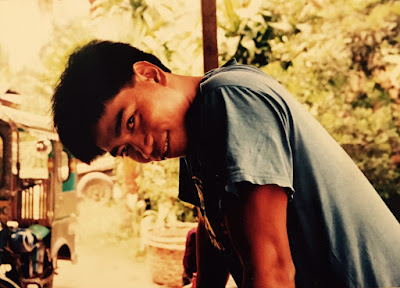 For anyone that knows me well, they might have heard me talk about my penpal in The Philippines.  I have a penpal in Southern Davao, The Philippines since I was 12 years old.   We started writing letters back and forth before the Internet when we were young teens.  She lived in a village in Mindanao and I was growing up on a farm in Washington, USA.  Over the next 25 years I went to visit her in the village and meet her family on many occasions.  My last visit was in November 2014, just over a year ago.  It was wonderful to see the family and meet the new grandkid. Last night I was checking my facebook page.   I had a couple of messages which is unusual since I don't normally talk to people that way via facebook. It was an urgent message telling me that my penpals husband, Zaldy had died suddenly.  He died of cardiac arrest and was only in his late 40's.  I have known him since he was a young man.  He married my friend when she was 16 and they had four babies together.  He wa
Post a Comment
Read more
More posts