Showing posts from February 9, 2014
Show all

Their Eyes Would Light Up. You Are Enough!

February 14, 2014
I like older people, ever since I was a very young person I enjoyed the company of people over the age of  80.   The older they were, the more I wanted to hear their stories and be their friend.  When I was a 21 year old college student,  I met an elderly woman at my church that was about 90.  I started to talk to her and she told me her husband at home was 99.    That was interesting..I had never met a person that was almost 100.  So I started to go to her apartment and hang out...I became friends with her and her husband.   Her eyes would light up when she opened the door for me.   Her husband died a few weeks shy of his 100th birthday.   She started to call me more often, I remember some of the calls were,  "Tara can you stop by, I am so lonely"..and her voice would break.  So I would come over and she would tell me about her mother and her life.   When I went to Thailand to work as a travel writer, she would write me letters...which I still have.  She did not drive so
Post a Comment
Read more 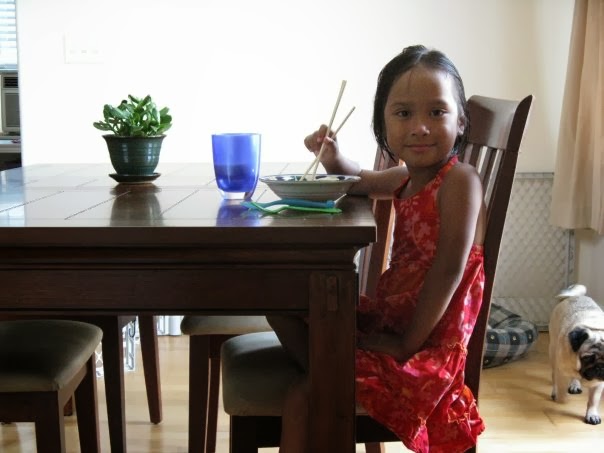 Thai baby & Pug.  Perfect. SEVEN years ago I went to Thailand to adopt my daughter from an orphanage in Bangkok.   In less than two weeks from today we fly back to Bangkok to show our daughter the country of her birth.   I am excited to show her the different parts of Thailand that I have loved over the years.   I love Thailand and now that I am better off than your average backpacker, on this trip I have booked "better" hotels. (When I used to travel to Asia I stayed in $20 a night cheap hotels)  However,  I really want to show my daughter what its like to live in the average village of Thailand. We currently live in La Jolla, CA which has some of the highest costs of living in the United States and the highest home prices nation wide.  We can't afford to buy the houses here that average about two million dollars so we rent a nice apartment.   My daughter is not spoiled, but by default she has every creature comfort of your average American ki
Post a Comment
Read more
More posts