The Downsides of being a Female Entrepreneur

September 05, 2018
As a female entrepreneur, I have had really good luck until recently. In the past decade, I have founded a startup fashion handbag brand in Seattle. After one year I was able to secure a loan through the Startup community, and about a year later I went to a VC forum in Seattle and I met an investor. He invested in my handbag brand, Rocco e Dante after one meeting and helped me build my company for several years until the economy tanked and we shut it down. I have had an overall positive experience as a female entrepreneur in the fashion industry. My investor was always professional and was a great mentor. I ended up getting to know his family.


In the past two years, I have started another brand of commuter and bicycle bags - the brand is Pendolare. www.pendolaregear.com I have spent over two years building the brand, I have the samples and have tested them, I have a business plan and an explainer video.

In March 2018 I reached out to 15 startup Venture Capitalists on LinkedIn. About 5 of them responded, some with positive feedback and some with negative feedback. One of them I will refer to as Mr. D. said it was a great idea, and he wanted to schedule a 15-minute phone call. He appeared to be 60-65 something gentleman with a great track record of investing start-up up businesses.

A week later we had the introduction phone call. He asked me about my history as a fashion designer and about why I started the brand. I told him the brand story and about my design background. He told me he was part of a prominent family and he enjoyed using his wealth to invest in new ventures. He told me my idea was very good.  After the call, he mentioned he was a member of the San Diego Venture capital group. He suggested next time they have a meeting I should attend. He also told me he would introduce me to his friend who was involved with women entrepreneurs.

A few days later there was a follow-up email introduction to his female friend - I did not get a response. That was fine. I understand that investors are busy folks. A few months later he contacted me and told me he would be in San Diego for the Venture Capital Forum. He asked me if I was planning to attend this 700 person event in downtown San Diego and told me to send me my pitch deck via email in advance. I did not have a current pitch deck so that night I worked on it for 3 hours and sent it to him.

Soon after, he let me know that he was in town for the forum and asked me if I wanted to meet after work the first day of the forum to talk more. I said I had a class but would make time to meet him at 8:30. I double-checked my slide deck and then I drove to downtown San Diego to meet him at the bar/restaurant of the hotel where the Venture Capital group was having their forum.  At the meeting,  he greeted me warmly and offered a glass of wine. Of course, that was fine. There were about 35 people in the lobby bar/restaurant from the group.

About 5 minutes into the conversation (meet and greet) he suddenly looked at my left wrist and exclaimed, "Wow, you should be in the jewelry industry" (I wear a lot of bracelets) and I was like, yeah haha, but I am into bags. Then he exclaimed out the blue, "I did not know you were married!"

I was taken by surprise and I replied, "What? What does that have to do with anything, but yeah I have been married for over 15 years, why?"" He did not explain himself and quickly changed the subject.  My heart sank, I was like, "WTF, you mean the whole reason I did the business plan and all the emails and why I am here is because he has an ulterior motive?...SHIT.

(pardon my French but that is actually what I was thinking.)

In this case, he never showed any red flags, everything was under the guise of he was interested in my start up and wanted to learn more about it.  I had zero clues there as an ulterior motive. His only comment, "You did not put your personal status on Linkedin." (WTF-who puts their personal marital status on a professional career website and why should it matter ? What does my personal life have to do with getting funded or being an entrepreneur? Zero)

He changed the subject and went into business mode. He told me how to pitch to a billionaire and also told me he liked to invest in brands to help the "underdog."   Less than 30 minutes later I left, and he said, "You should come tomorrow to the forum, there will be a lot of great investors I can introduce you to."

I was so angry/irritated that I did not attend the Venture Capital Group forum the next day that I had registered for.

As a female entrepreneur, I have worked hard and invested several thousand dollars into my start-up company. I am not presenting it because I want to find a boyfriend.  I am presenting it because I need to raise money to take my company to the next level.  It is the cultivation of 20 years of experience in the fashion industry.   My advice to investors, do not use your position of power to try to get a date. If a person reaches out to you on LinkedIn about their business, they are not looking for a date. 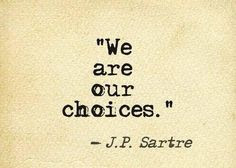 Ladies, be alert and look for red flags. Keep on pursuing your dreams. I hope my story is useful to someone.