An Amazing Mentor is Priceless!

March 09, 2015
My first REAL corporate job was awesome.  Right after graduation from Washington State University I was living in a basement room with 5 girls in a big house in Seattle.   My dad gave me an old fax machine and at night I would devour the Seattle Times and hook up the fax machine to our land line phone.  The cord for the phone would come from the kitchen down the basement stairs into my bedroom where the fax machine sat on the floor.  The job market was tough and remember sitting on the floor every night faxing my resume out to any potential fit I could find.

One day while sitting in my desk at a temp job at an import company the phone rang, the VP of a footwear company called from NYC called and asked me for an interview.  The company, a prominent athletic footwear brand, Champion Footwear was relocating their headquarters from New York to Seattle.   They wanted to know if I could come in to interview for a job as the Executive Assistant to the President and General Counsel.   Sure, absolutely!  (They had gotten my faxed resume from my basement room and chose me out of over 100 applicants.)

Fast forward a few weeks later and I was flown out to NYC for a week to start my new job.   Talk about amazing...all my friends were stuck serving drinks at the local bar and here I was being flown out to NYC my first week at my first real corporate job.

My new boss just happened to be the former sports agent for Michael Jordan (and was tight with many other celebrities) and I loved the office on Westlake Ave in Seattle..it was an awesome first job after college for a girl that grew up on a pig farm!  I learned a lot about the footwear industry and met many movers and shakers in the fashion industry.

Robert X Perry III was a great mentor, he taught me many things and always  made me feel like I had something to offer even though I was naive.

We kept in touch over the years after Champion Footwear closed their Seattle office and I moved to Thailand and Rob moved back to California.   Eventually I relocated to Los Angeles to further my career in the fashion industry and Rob was the one who showed me around Los Angeles. Over the next decade he became a close confidant and friend that always had my back.

Just this past week I was facing some critical turning points with my start up brand and I knew I had to talk to Rob.   For the past decade he has been a successful serial entrepreneur and always has a way of looking at things from a pragmatic point of view.   He is one of those friends that I can pick up the phone and call out of the blue and he is there for me.   It may be 10 minutes of business advice on the phone or a few hours catching up over a beer in Manhattan Beach, but I always walk away feeling a little bit smarter, lighter and confident.   I called him in the evening and he was in Vegas at an important dinner, yet he made time to call me back from the airport at 10 PM.  Who does that? Rob does.

Rob influenced my career and personal life in many ways.  He was there for me when I was deciding to quit a job, start a business, and make serious personal decisions.  His advice was always on target, authentic and because he knew me so well, not always what I wanted to hear, but what I needed to hear.

It is very cool to have a friend/mentor-someone that has your best interests at heart and you can call at any hour of the day or night, 10, 15, or even 20 years down the road.   Thanks Rob for your positive influence and friendship over the years.. I owe you a beer or two.

Rob is currently the Founder and CEO of Xomad, a successful social digital marketing firm based out of Los Angeles.   www.xomad.com 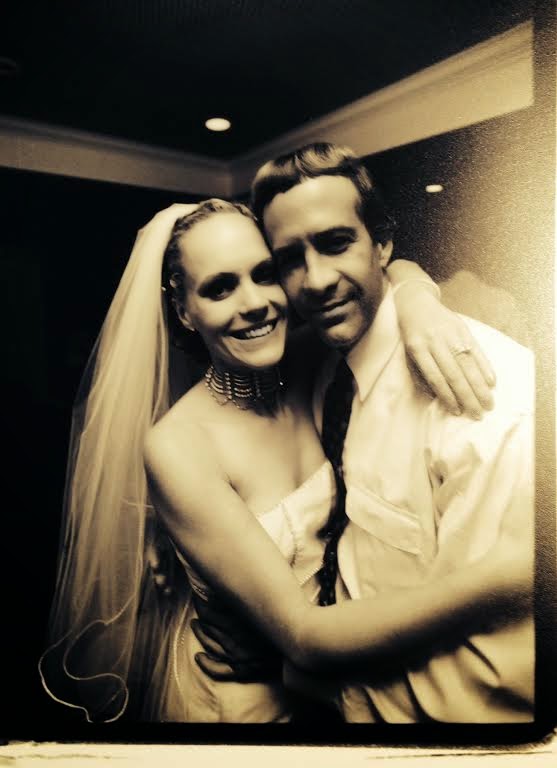 My good friend/mentor, Rob and I at my wedding.
Grande Colonial La Jolla
La Jolla, CA